First thing in the morning n February 29, the Freeski Devo program left for Copper Mountain for an introduction Avalanche Awareness and Snow Science lesson.  Many were excited to learn about a new aspect of Skiing beyond the Freeski world.  Reed Ryan, a veteran patroller and a Team Summit parent, met the crew, then proceeded to exceed everyone’s expectations.

With a daughter of his own, Ryan knew the Devo team would learn best through hands-on experience.  So Ryan gathered some of his patroller friends, buried a few beacons, grabbed some dummy fuses, and baked a cake.  Check it out: 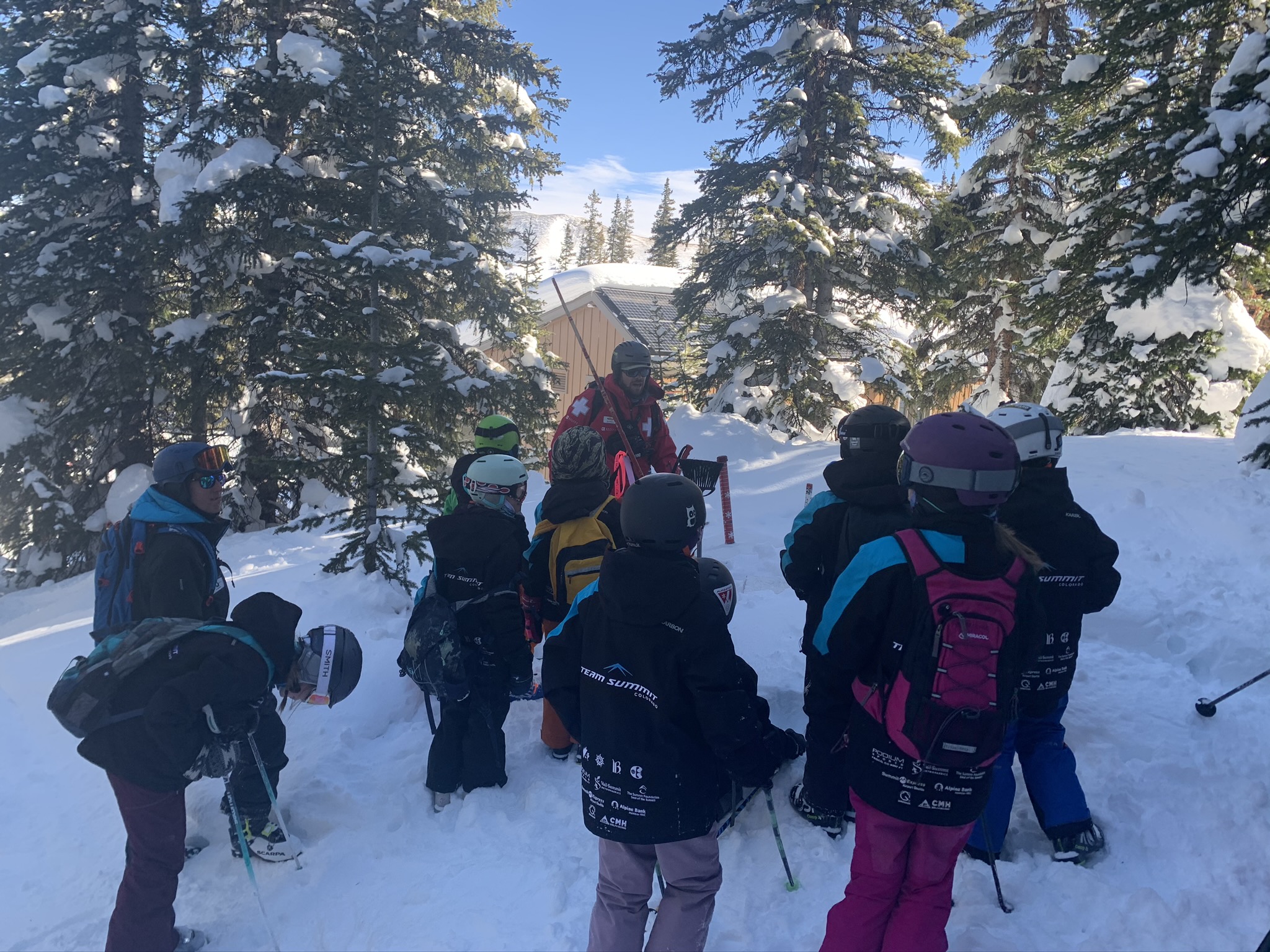 First on the agenda, was understanding how useful the snow stake could be.  There is so much more to a snow stake than just seeing how much snow fell overnight.  Its location must be an accurate representation of what actually fell.  (Meaning no possibility of wind loading or reducing sun, among other factors.)  After each reading, the accumulation gets recorded and reset.  This information is used by not just the mountain, but the community at large to help provide a better picture of the season. 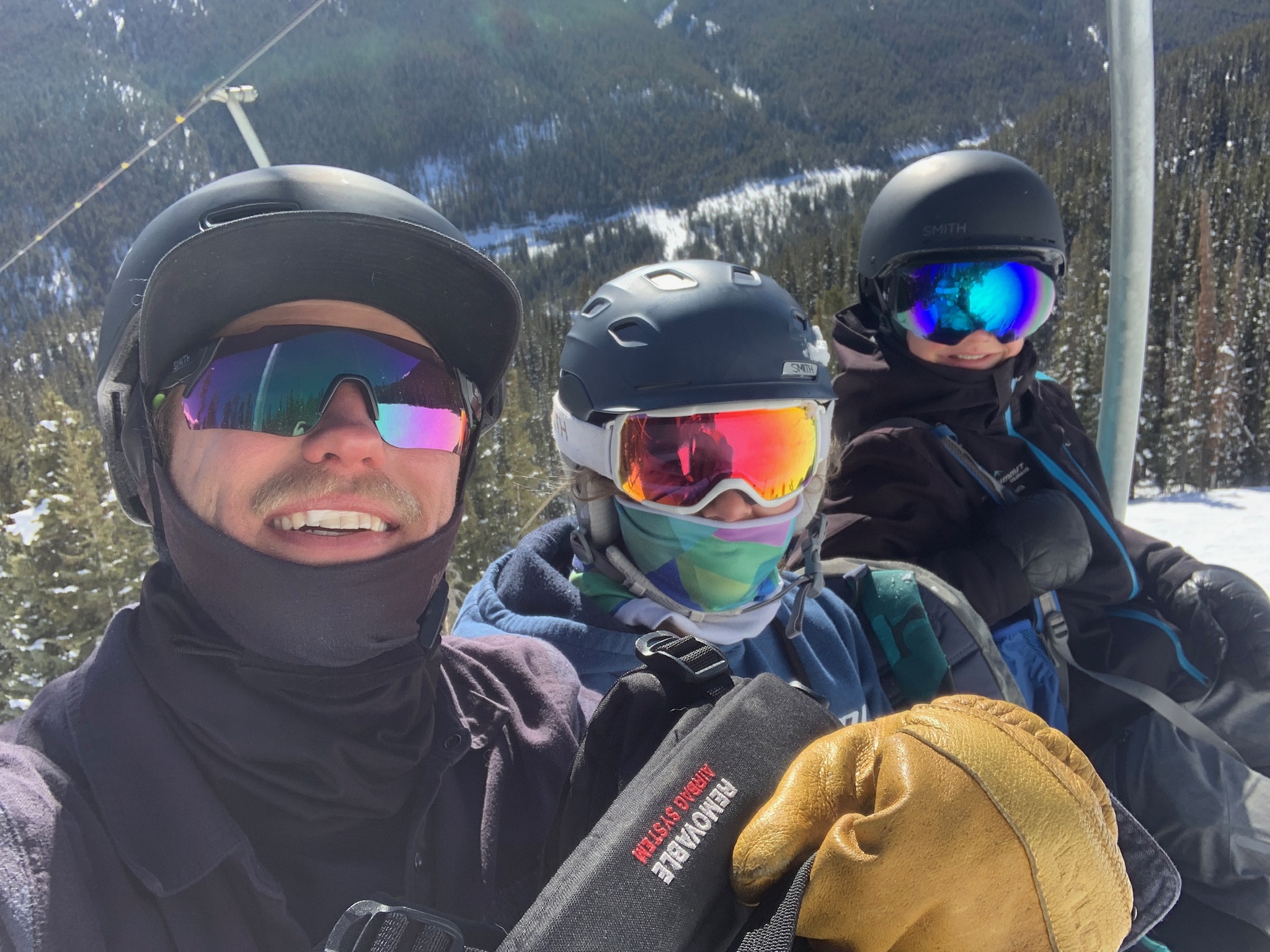 After the general introductions and conversation about snow stakes, the Freeski Devo Crew split into different groups, partnered with a Copper Mountain Patroller.  From there they all took the long way to get to lunch as their assigned patroller explained the basics of what defines Avalanche Terrain. What avalanche paths look like, and their effects on the environment.  A great way to get a good feel for this information is very much to ski the inbounds terrain.  So that’s what the Freeski Devo crew did and that was a blast!
Landon took this awesome selfie on his way up the Three Bears Chair for lunch. 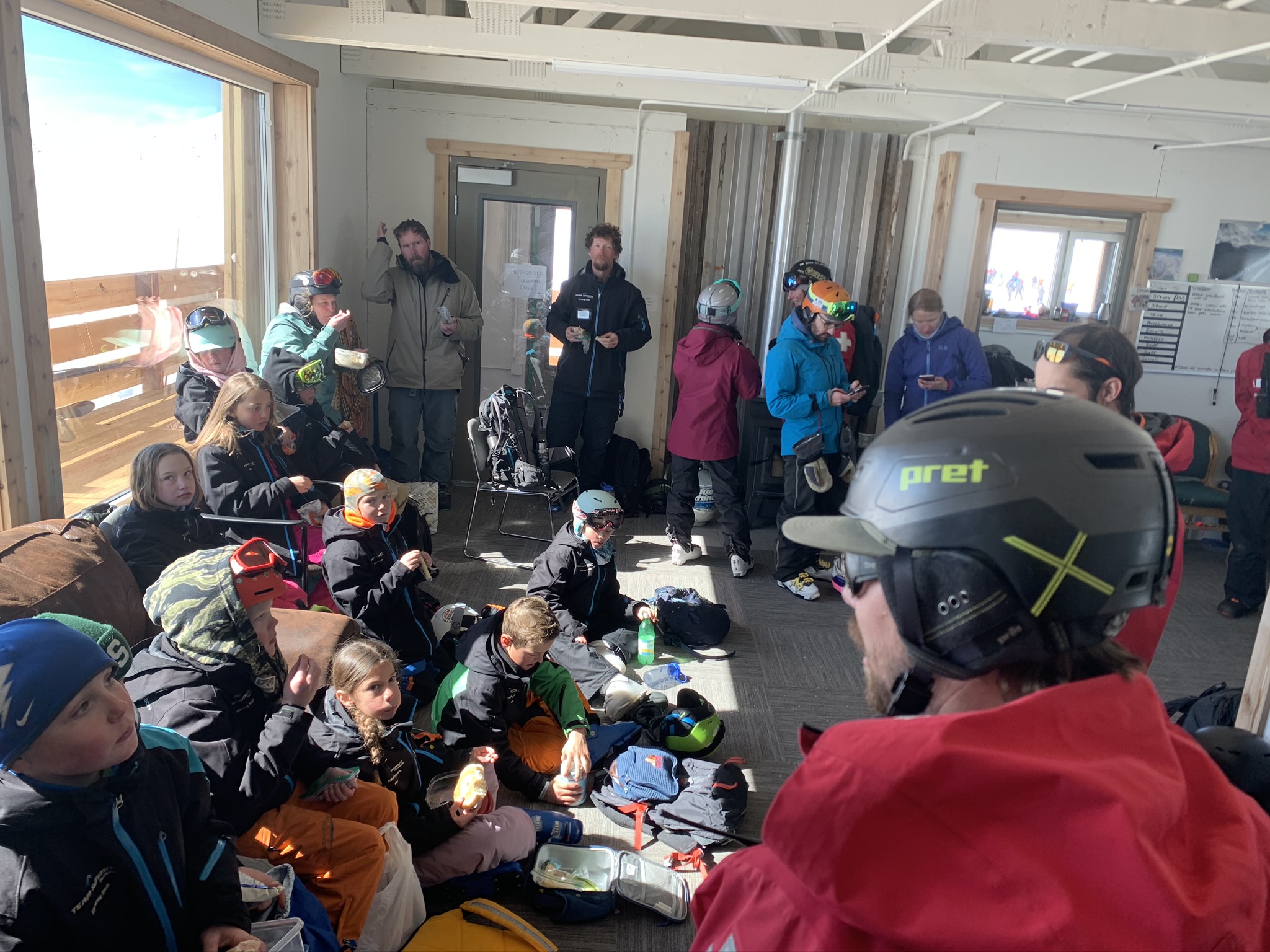 Lunchtime at the Patrol Headquarters on top of Tucker Mountain.  A great way to drive home how to identify avalanche terrain! 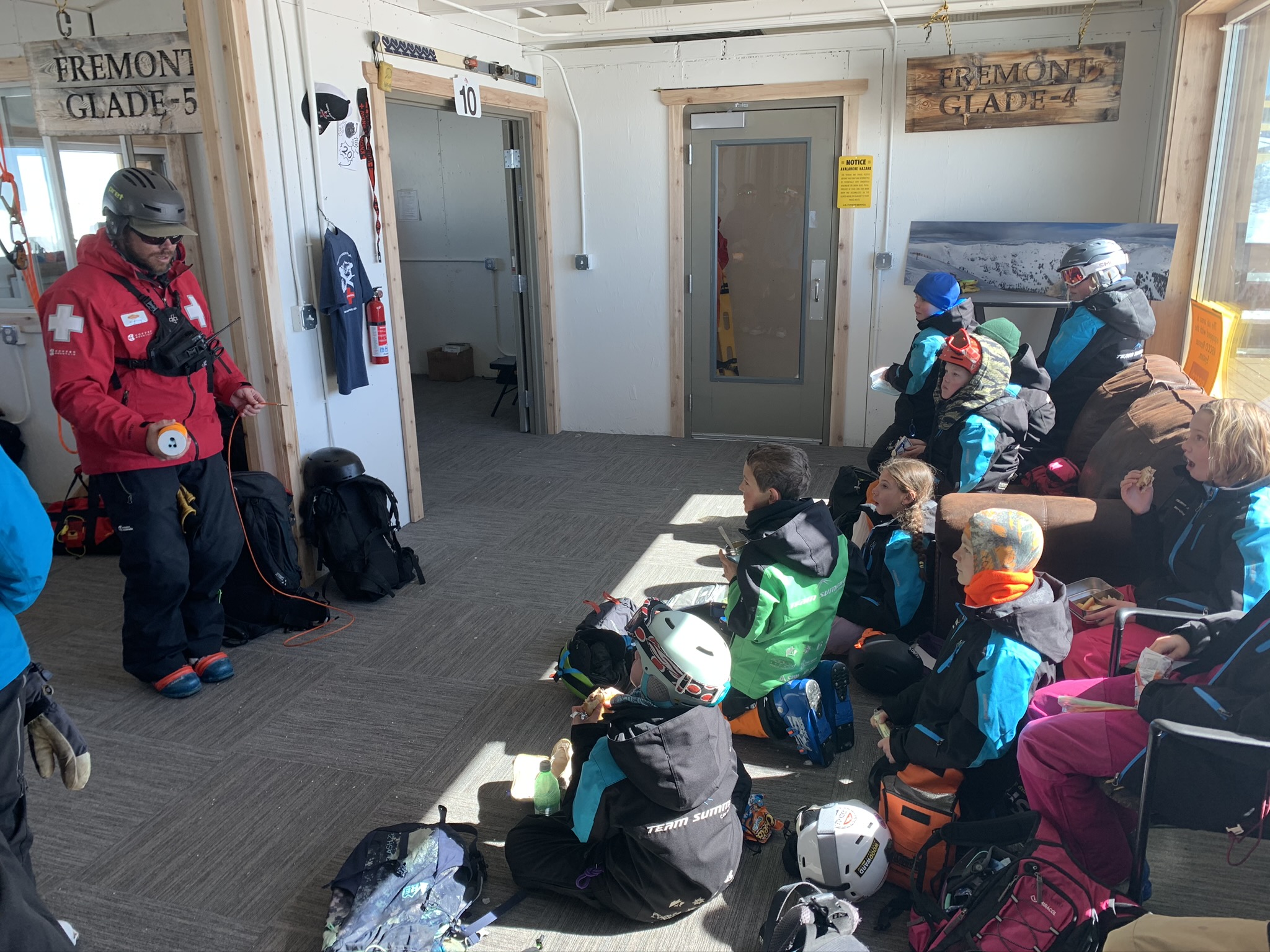 And a great time to introduce how Copper Mountain and other resorts mitigate all the potentially dangerous slopes. 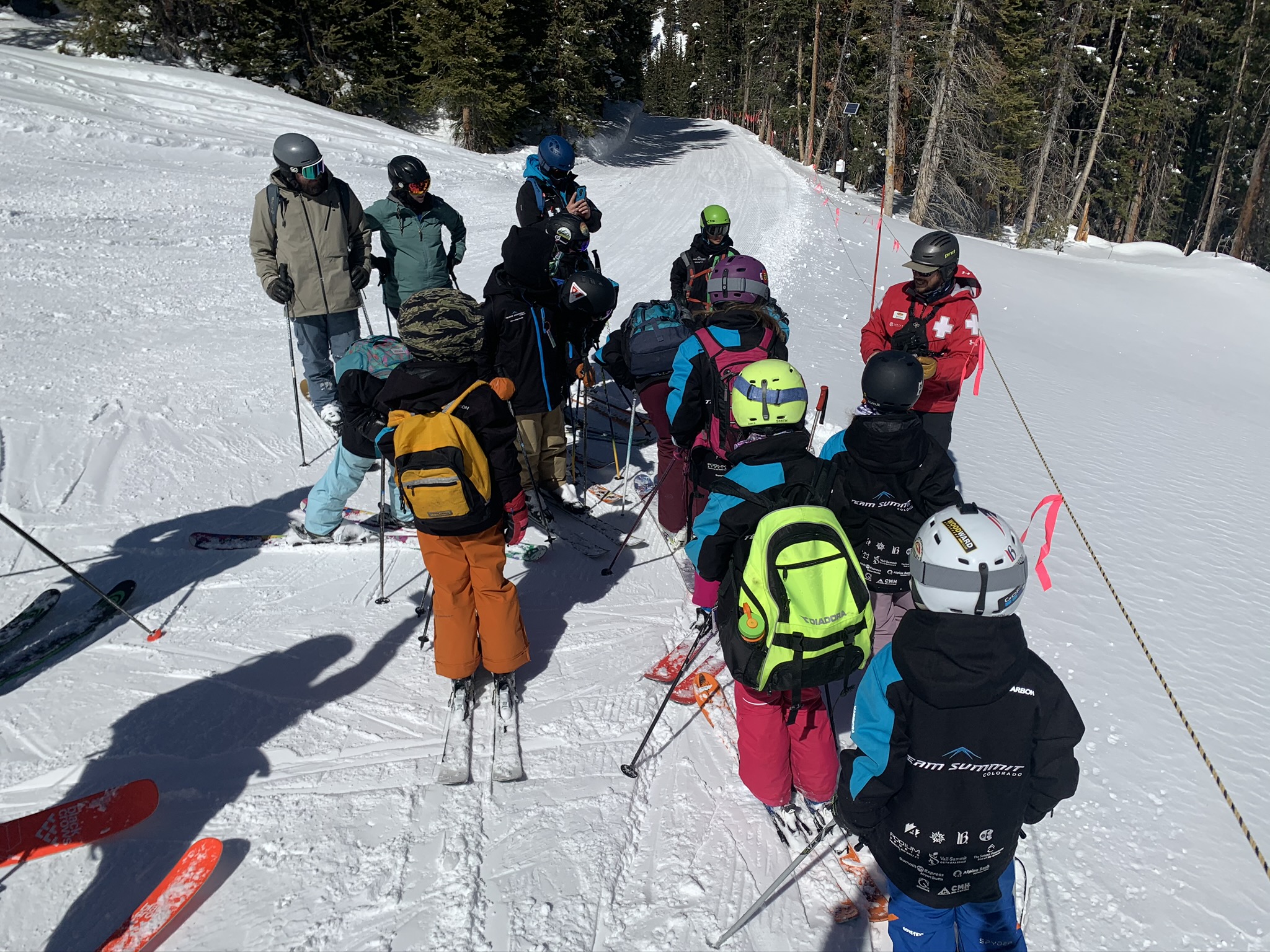 Safely off to the side, this group watches what it is like to ignite the fuse for inbounds avalanche mitigation.  (No bombs were actually attached to these dummy fuses.) 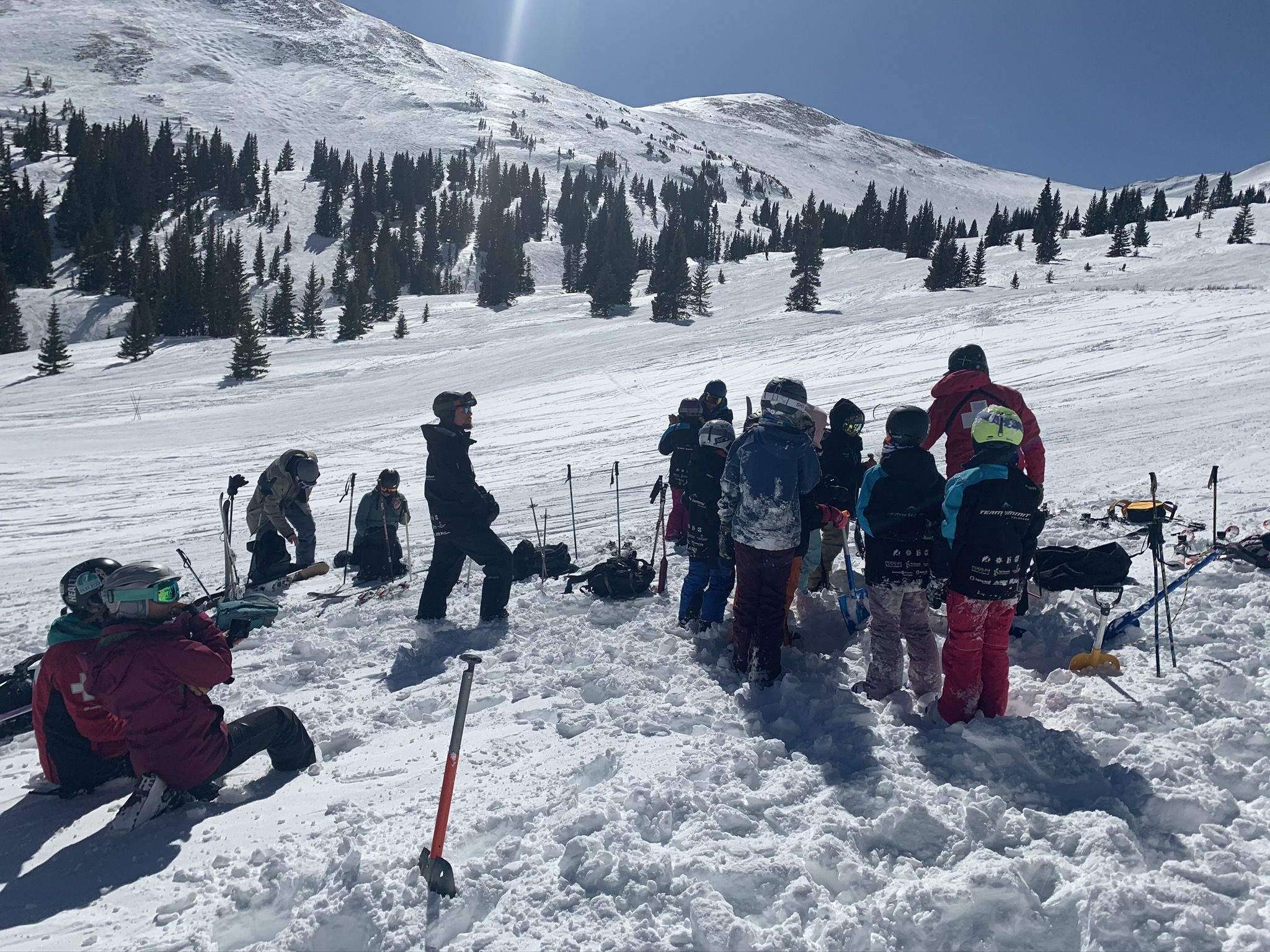 No snow science demonstration would be complete without a visit to Copper Mountain’s Beacon Park.  The Freeski Devo crew was able to practice their skills with a beacon to find previously buried beacons.

*Beacon Parks are a common feature of mountains in 2020 in Colorado.  All of Team Summit’s partner resorts offer Beacon Parks at no additional cost.  This is a great way to practice your skills if you are planning on going out into the backcountry.
Ask a guest service agent about their locations. 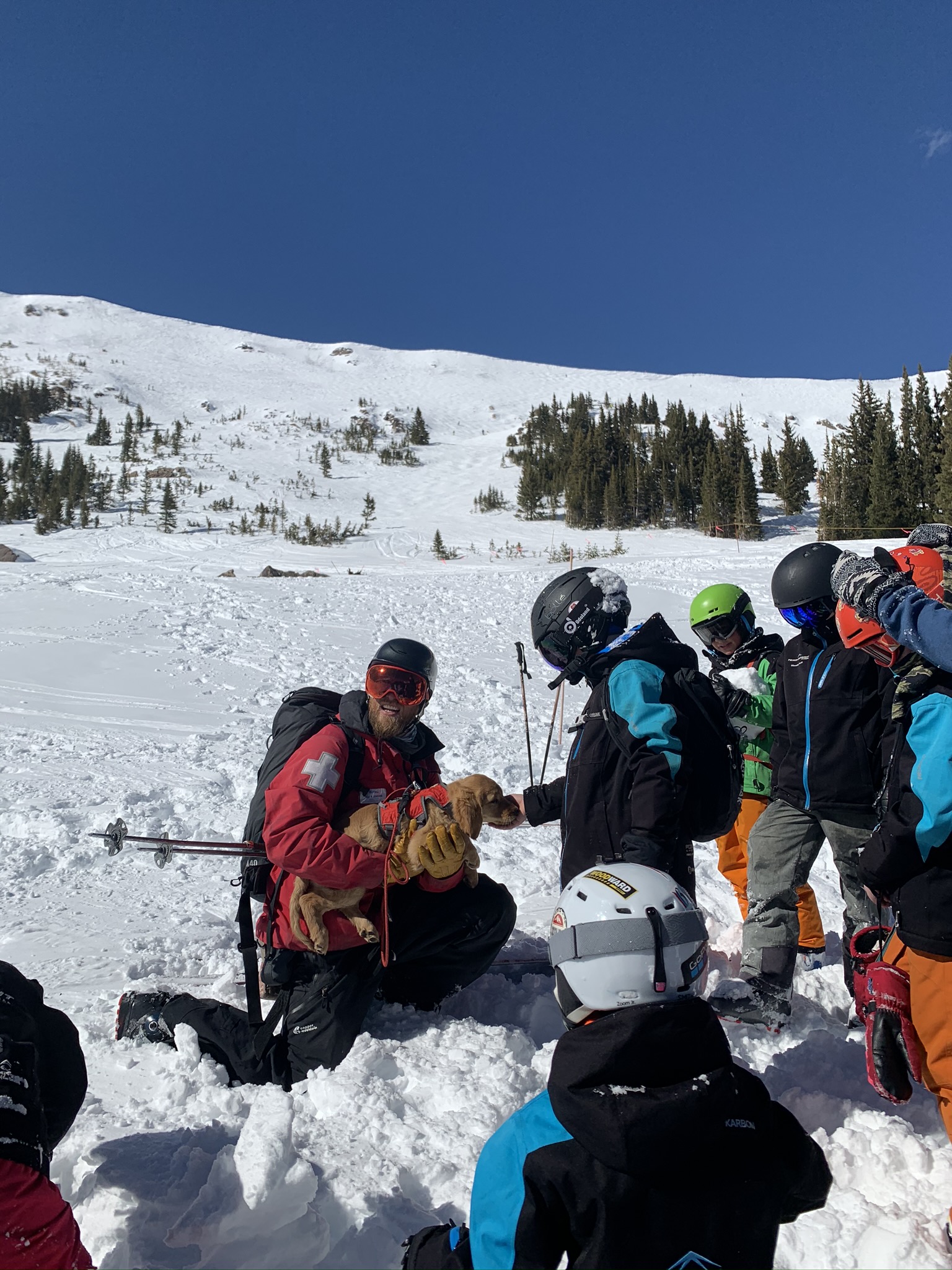 Right as everyone was wrapping up at the Beacon Park, Nick Slaton just happened to swing by with one of Copper’s new Avalanche Rescue Puppies.  (Her name is Neve.) There, Nick explained that Avalanche Rescue Dogs are not just [masters of cute], but are specially trained members of Ski Patrol, and should be treated as such.
The fun fact of this session:  Don’t throw snowballs around Avalanche Rescue Dogs!  Snowballs can look like chunder-balls during a slide and we don’t want to encourage the association between snowballs and playtime.  Tug-of-war is a great game to play.

At the end of the day, Ryan gathered everyone around for cake and a recap, with a twist.  Ryan used the cake, frosting, and strawberries to demonstrate the angles at which different types of snow would slide.  Notice the slope meter on the left of the pan. 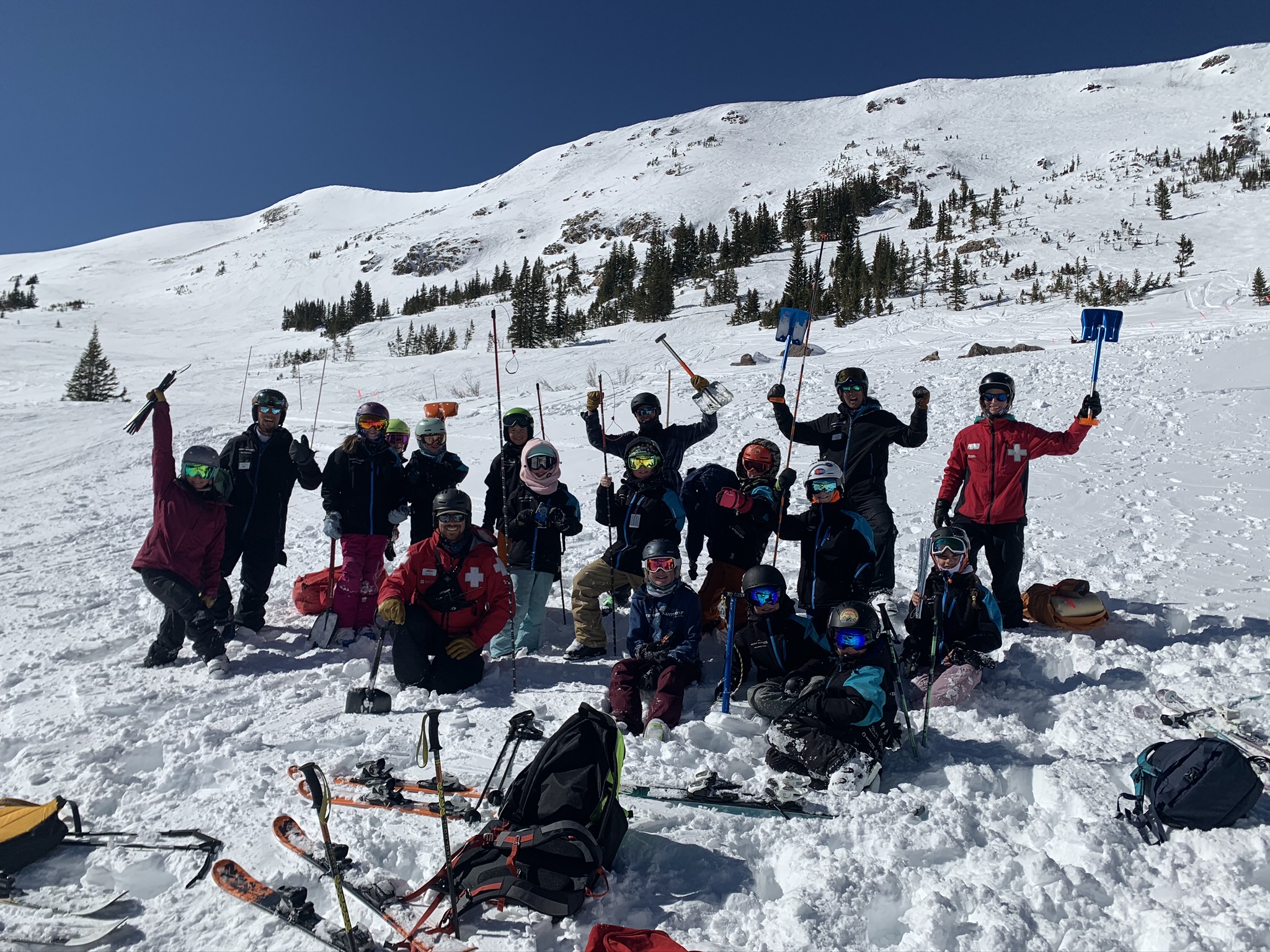 All in all, this was an incredible experience for everyone.
Team Summit truly appreciates everything Reed Ryan did for the Freeski Development crew!